Sodium carboxymethyl cellulose (CMC sodium)is a multifunctional ingredient, which is composed of anhydroglucose units with an average of 0.2-1.5 carboxymethyl groups (-CH2COOH) on it, which can be used as a booster in foods. Thickener, binder, emulsifier and stabilizer, European food additive number is E466. Together with xanthan gum, they are the most commonly used and common thickeners in food applications.

Due to the poor water solubility of CMC, for better use, it is usually made into sodium salt. CMC sodium is a water-soluble cellulose ether obtained by chemical modification of natural cellulose such as cotton linter or wood pulp.

HOSEACHEM@carboxymethylcellulose sodium is often used in foods and beverages to make the food thick and creamy to attract the appetite of customers. It thickens and stabilizes many foods by maintaining moisture, keeping the oil and water phase components from separating and producing a consistent texture.

The alkali cellulose is etherified with sodium monochloroacetate (up to 30%) in an alcohol-water medium. During this process, the mixture of alkali cellulose and reagent is heated (50–75°C) and stirred.

2. the degree of substitution of sodium carboxymethyl cellulose DS:

The degree of substitution DS of sodium carboxymethyl cellulose is the average number of hydroxyl groups substituted per glucopyranose unit. The number of hydroxyl groups is completely replaced. The degree of substitution is 3, which can be determined by the reaction conditions and the use of organic solvents (such as ethanol and isopropanol). To control. As the DS value increases, the transparency of the solution will increase accordingly. According to the European Union, the DS value of food-grade cellulose gum is 0.2-1.5 carboxymethyl (-CH2COOH) per anhydroglucose unit.

Degree of substitution (DS) and viscosity are the two main factors affecting its water solubility.

It is insoluble in organic solvents such as methanol, ethanol, copper, chloroform and benzene.

Generally, the viscosity of the solution is related to the degree of polymerization of cellulose (DP), solution concentration, pH value, temperature, degree of substitution, etc.

Depends on the source of the cellulosic material.

The viscosity increases as the concentration of the solution increases.

Generally, the viscosity of a 1% CMC sodium solution reaches its highest level at a pH range of 6.5 to 9.0. There is little change in viscosity between pH 9.0-11.0.

When PH<6, the viscosity drops rapidly and CMC begins to form. The process will be completed at pH ≌2.5.

When PH>9, the viscosity will decrease, and the initial decrease process will be slow with the increase of PH. When PH>11.5, the decrease speed will increase.

5.1 Food grade sodium carboxymethyl cellulose is mainly used as a thickener in our daily food. In terms of taste, it gives foods thicker and creamier characteristics, and it is more attractive to consumers than foods without it.

Generally, it is used as a thickener, suspending agent, emulsifier, stabilizer and film-forming agent in many foods such as beverages, baking, dairy products, dessert products and meat products.

In some food applications, it can also replace some other thickeners, such as guar gum, gelatin, agar, sodium alginate and pectin. According to different viscosities and meshes, applications are diverse.

The following are its main uses and functions:

Dessert: retain the liquid in the hydrocolloid dressing, improve the taste and reduce syneresis.

Its function in toothpaste is to completely mix liquid and solid raw materials, so that the toothpaste has proper viscosity, brightness and smoothness when it is molded and flowed.

The safety of sodium carboxymethyl cellulose as a food additive has been approved by the U.S. Food and Drug Administration (FDA), European Food Safety Agency (EFSA), FAO/WHO Joint Expert Committee on Food Additives (JECFA) and other authorities.

Sodium Carboxymethyl Cellulose (E466) is listed in Commission Regulation (EU) No 231/2012 as an authorized food additive, and is classified as an "additive other than coloring and sweetener".

After conducting research on short-term and long-term toxicity, carcinogenicity, reproductive toxicity, etc., in 2017, EFSA concluded: “No digital ADI is required, and the reported use and use level will not have safety issues. E466

Authorized use and use level

It has obtained Quantum Satisfaction (QS) approval for almost all authorized food categories in the European Union.

Its applications are listed in Group I and listed separately by E 466. The following foods may contain:

It is an approved ingredient in Australia and New Zealand, with the code 466.

It is generally considered safe, but some people may be allergic or sensitive to it.

8.1 Is sodium carboxymethyl cellulose the same as cellulose?

The difference is that sodium carboxymethyl cellulose is modified cellulose.

As mentioned above, sodium carboxymethyl cellulose is not natural. Although the raw material cellulose comes from natural sources, it is synthesized through alkalization and etherification.

Yes, it is generally regarded as halal food because it is allowed by Islamic law and meets the requirements of halal food.

Yes, this is kosher. Modified cellulose E466 meets all "kashruth" requirements and can be certified as kosher.

8.5 Does it contain dairy products?

No, it is not derived from or contains dairy products. 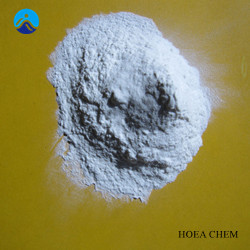 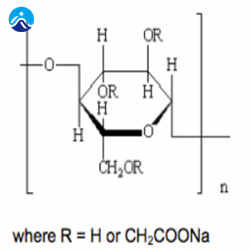 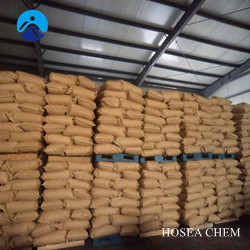